Curtains Up for Perfectly Normel People! 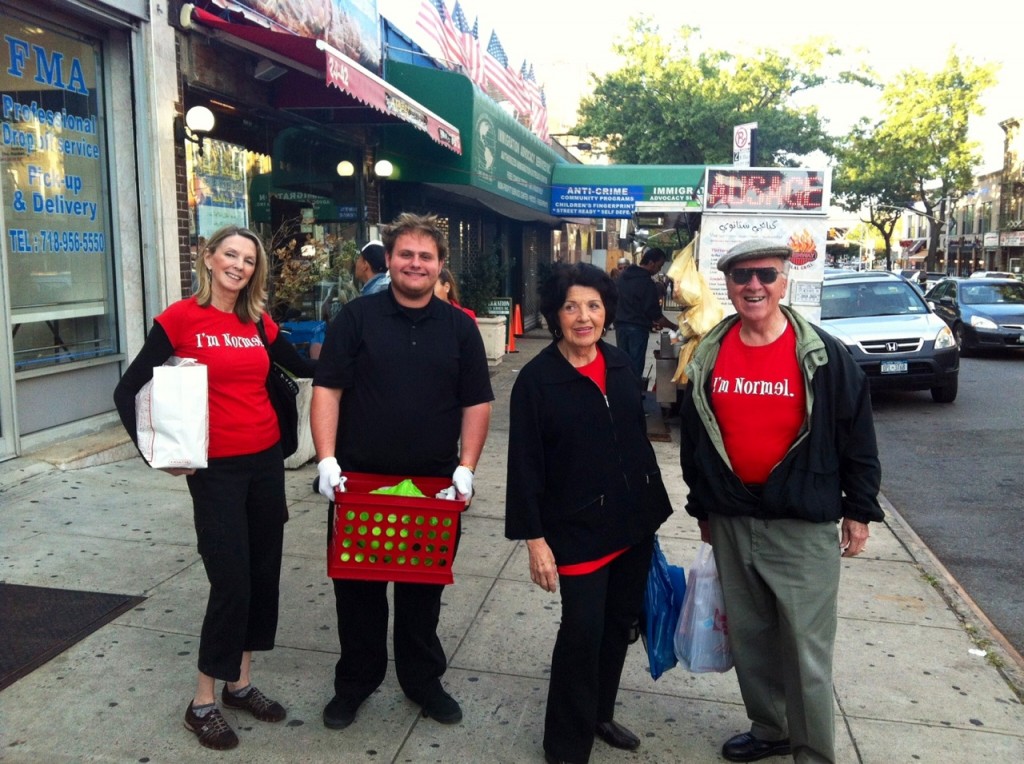 Charleston based cast and crew schleps our stuff from Queens to The Village via subway.

Imagine a marathon, but you’re running up and down stairs, grabbing props and set pieces, trying to put them in the right places, while the stage manager is screaming, “5 minutes to house!” Which means 5 minutes until the doors open and they let the audience in while you’re probably still on stage trying to unwrap the biscotti and stick it on the proper plate. That sums up my experience of play festivals. And why the hell we always write plays with food in them I’ll never know! Everything from Progresso Minestrone, which serves as our pasta fagioli, Irish soda bread, nuts, fruit and cookies!

Cast and crew of Perfectly Normel People unites at the theater.

The Charleston based members of our troupe set out for Opening Night of Fringe Encores to perform Perfectly Normel People last night and met up with our New York based actors and crew. AND after not quite 12 days of rehearsals, put on a kick-ass show (If I do say so myself)! These folks worked hard and I was honored to sit as a member of the audience and watch as once again, young Hadley headed off from Kansas to NYU.

As he was busy breathing life into our beloved character, Johnny, I missed having my honey, Thomas, next to me to comment about how the table cloth was off-kilter, or squeeze my hand when someone had a moment of perfection. But I was pleased to sit with ardent fan and cousin, Chris Ullman, who has been at everyone of our opening nights! What a pal.