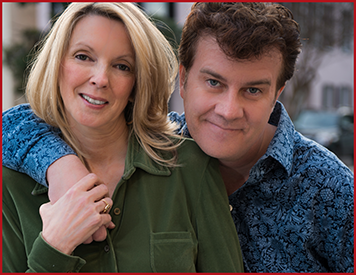 Last night, as Thomas and I sipped cocktails on a beautiful rooftop garden, discussing theater with a charming group of actors, directors and writers (friends of Beth Lincks’), no one would have imagined the insanity of the past several days. Our10-person cast and crew had 15 minutes to load in our props and most of […]

We arrived at our venue: The Players Theatre on MacDougal Street in The Village; no place like this vibrant, artistic, colorful community in the world. I pried my hands off the steering wheel of the minivan, to which they had become glued somewhere around the Holland Tunnel when I saw my life passing before me. […]

We started out, as all journeys do, hopeful, clean, and ready to rock and roll! Some of us by air, most of us by car, many of us together in a caravan rolling up the coast toward our final destination: FringeNYC. The young actors shared a car and when we met up at rest stops, […]