The Show Goes On…

This was posted in the Theater News Section of TheaterMania this past week:

The 2013 New York International Fringe Festival has announced this year’s recipients of the festival’s Overall Excellence Awards. The winners were selected by an independent panel of over 40 theater professionals from among the festival’s 185 entrants. FringeNYC’s Producing Artistic Director Elena K. Holy announced the winners at a brief ceremony held at the New York night club The Cutting Room on Sunday, August 25.
Can you say “WOW!”  So now what? Imagine putting your hand on a hot burner, and not learning a thing…that’s close to the process of doing theater.
We considered turning down our invitation to do 3 more shows for Fringe Encores (an honor bestowed on only 10% of the festival’s shows).
This week Thomas flies to New York to recast 5 of the parts. We welcome back Paulette Bertalomi as Connie Normellino and Thomas will reprise his part as her son Johnny, which means I’ll be putting out a “curse jar”. (He tends to stay in character at home.) 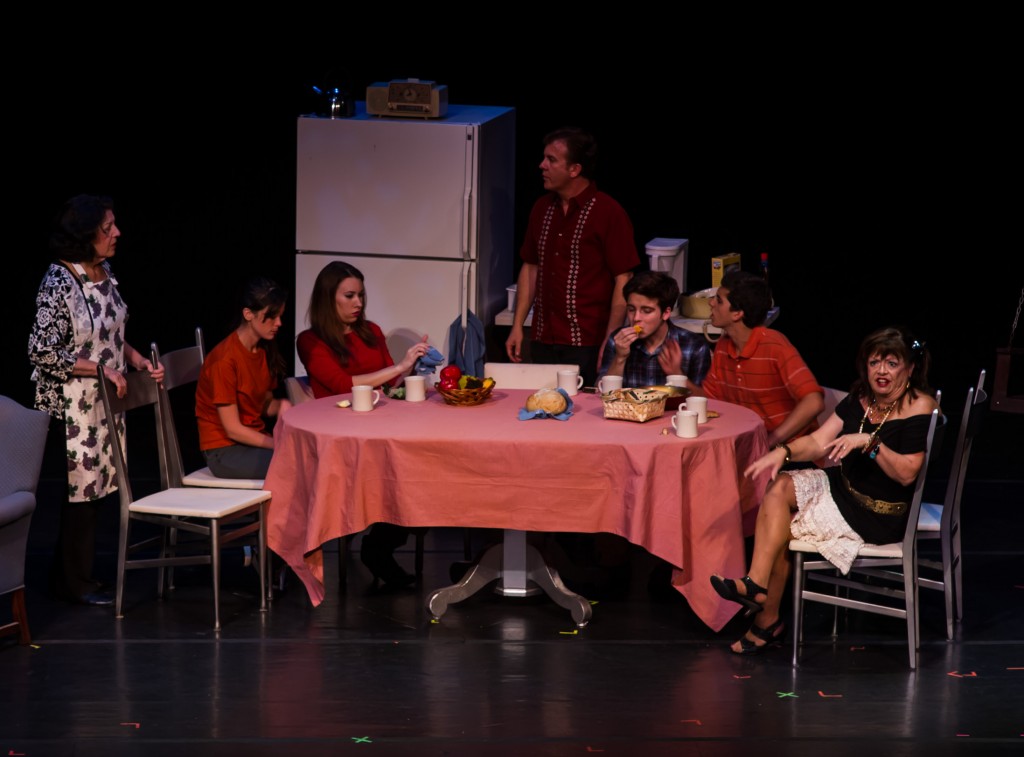 Some members return from the original cast

We are thrilled that Tripp Hamilton will continue on with the role he coined, and I’m sorry, but I simply can’t imagine anyone else as Frankie. This means that if we actually sell this play, I will never be able to watch this show done anywhere else, or maybe I’ll just close my eyes and pretend its him. Lara Allred (Angela) is also thankfully coming back to Fringe. These two have an amazing chemistry on stage. Ross Magoulis, our octogenarian, didn’t bat an eye before accepting another round of New York insanity. I should only have his spirit at the same age…talk about a trooper!
After being talked down off the ledge and assured that one has only to spit in the right direction to find talented actors in New York by the folks at Soho Playhouse, who apparently recast shows like changing lightbulbs, we began to drink the Kool aid. But it took some words from our sage mentor Beth Lincks, to truly turn me around. She said, “Judy, everything about theater is insane.” And I could hear the words she didn’t say, “Did you expect anything different?”
I’ll keep you all posted.